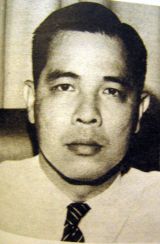 Felix “Bing” Limcaoco, Jr. was born in 1930. He took over the businesses of his father and started LICA’s real estate developments and automotive companies. As President and later on, Chairman of Luzon Development Bank, he has greatly expanded on banking operations. Aside from this, Bing has extended his knowledge and skills by serving the country as Administrator for the National Electrification Administration, as Director for NAMFREL (National Movement for Free Elections) and as Director of the Philippine Chamber of Commerce and Industry. Today, he is the Chairman Emeritus of LICA’s various companies and the F.T. Limcaoco Foundation. Before, he worked as an engineer at California Texas Oil and a banker at the Philippine National Bank. He attained his education at the Philippines’ prestigious universities, Ateneo de Manila University, the University of the Philippines, and abroad at Cornell University, where he earned his Masters Degree in Electrical Engineering. He was awarded the Most Distinguished Alumnus by the University of the Philippines School of Engineering. 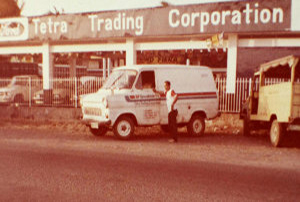 Shown here is a circa 1970′s advertisement for the new Ford-franchised car dealership, Tetra Ford, and its sister company, FORFOM Trading. Tetra, originally an acronym for “Tagalog Equipment Trading”, became a franchised dealer of Ford Motor Company in the 1960s and grew to become one of the top performing Ford dealerships in the country with branches in several municipalities and towns in the region, particularly in the provinces of Cavite, Laguna, Batangas and Rizal. During that time, Ford was the leading car brand in the Philippines, with a commanding market share. On the other hand, FORFOM, which stands for the initials of the six Limcaoco family members, was one of the early distributors and service providers of the agricultural equipment and other necessities for the sugar plantations in the area. 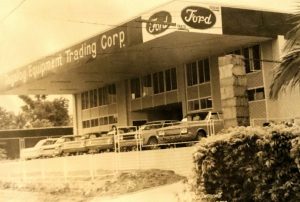 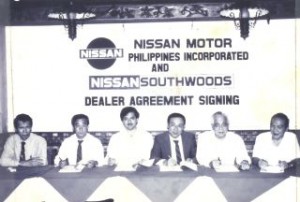 In 1994, Tetra redeveloped its car dealership businesses. It signed an agreement with Nissan Motors and made Nissan Southwoods the exclusive dealer for the CALABARZON region. Shown in the picture signing with the Nissan President are Managing Director Felix Limcaoco III and Chairman Felix Limcaoco Jr.

Today, the group is one of the largest multi-branded car dealership groups in the country.